Château Palmer 2015 jumps off the chart as the standout value amongst the modern ‘greats’ from this Troisième Cru Margaux estate. 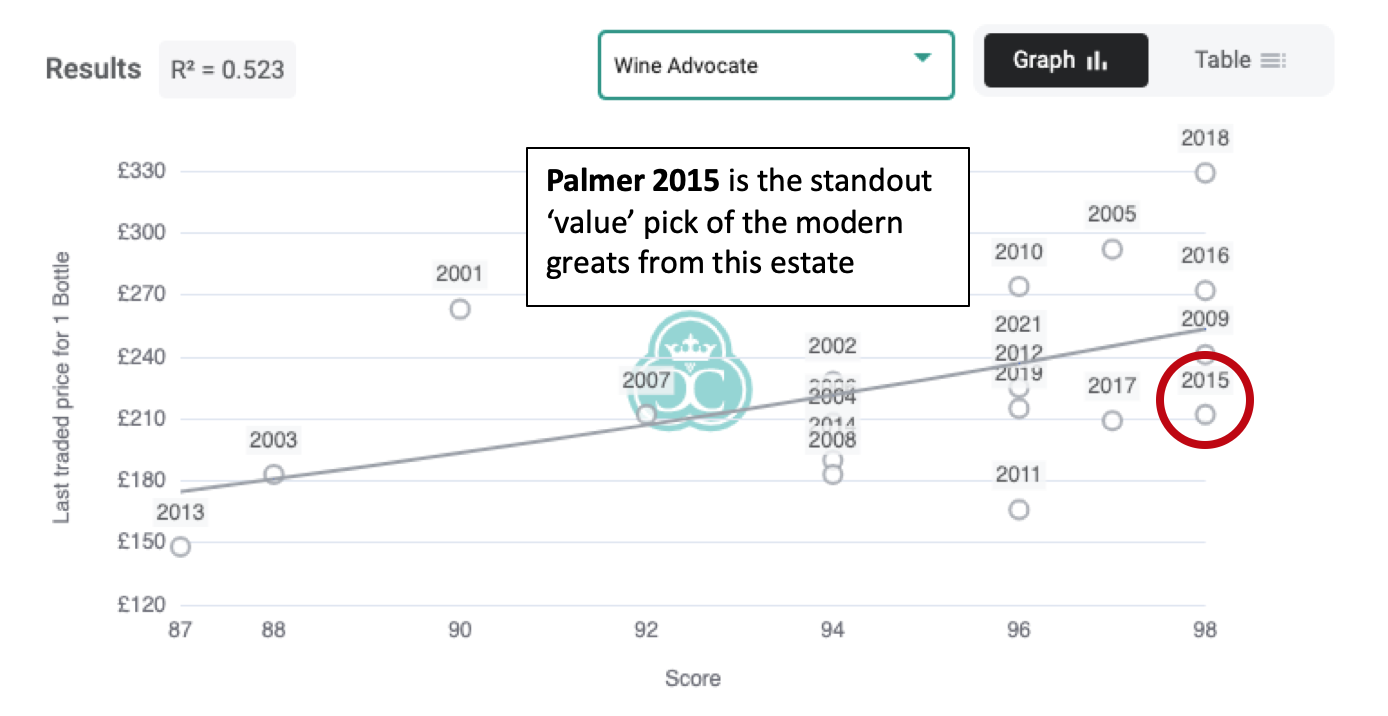 Palmer 2015 shows up as undervalued on three of our valuation metrics:  i) average critic score, ii) best critic score, and iii) Wine Advocate score.  We don’t see any grounds for this discount to identically scored, younger, vintages, and see its current price as a great opportunity.

If James Suckling is correct and Palmer 2015 really is the “new 1961” then it has a rather attractive future ahead of it:

Price momentum is building at Château Palmer more generally.  The estate’s 2005 and 2010 vintages have comfortably outpaced the same vintages from Château Margaux over the past decade, with momentum gathering pace in the last two years:

The valuation discount of Palmer 2015 to Margaux 2015 is particularly striking.  Admittedly, the value of Margaux 2015 is bolstered by its special bottle (dedicated to the late winemaker Paul Pontallier), but it is still a dramatic discount, comfortably the highest of any modern vintage.

We feel that the ‘reflected glory’ comparison with Margaux 2015 will only enhance the prestige of Palmer 2015 over the coming decades.

Palmer only produces 8,000-10,000 cases a year, but for a number of years now, the estate has withheld around 50% of its annual production to release only after 10 years of aging.  The Château Palmer 2012 was just released this year on its 10th anniversary.  This restriction of supply means less wine on the secondary market, and hence additional rarity for those limited number of cases which are available.

Is it possible Palmer could follow Château Latour and stop releasing wine en primeur altogether?    It is certainly not impossible, and obviously if they were to do so it would only increase the scarcity of previously released vintages like the 2015.

Finally, it is important to note that Château Palmer has been certified biodynamic since 2017.  This further reduces the supply of wine from the estate as yields are generally lower under this method of farming.

Château Palmer’s second wine, Alter Ego de Palmer, is second only to those of the First Growths in appeal and global success.

The huge demand we see for Alter Ego (and its commanding price) can only benefit the price of the first wine.  To us, the Grand Vin looks pretty appealing as the second wine pushed up towards GBP 445 (SGD 745, HKD 4,290) per case.

Although it was actually once a part of the Château d’Issan estate, a glance at the aerial map underlines how close the two estates of Palmer and Margaux actually are. 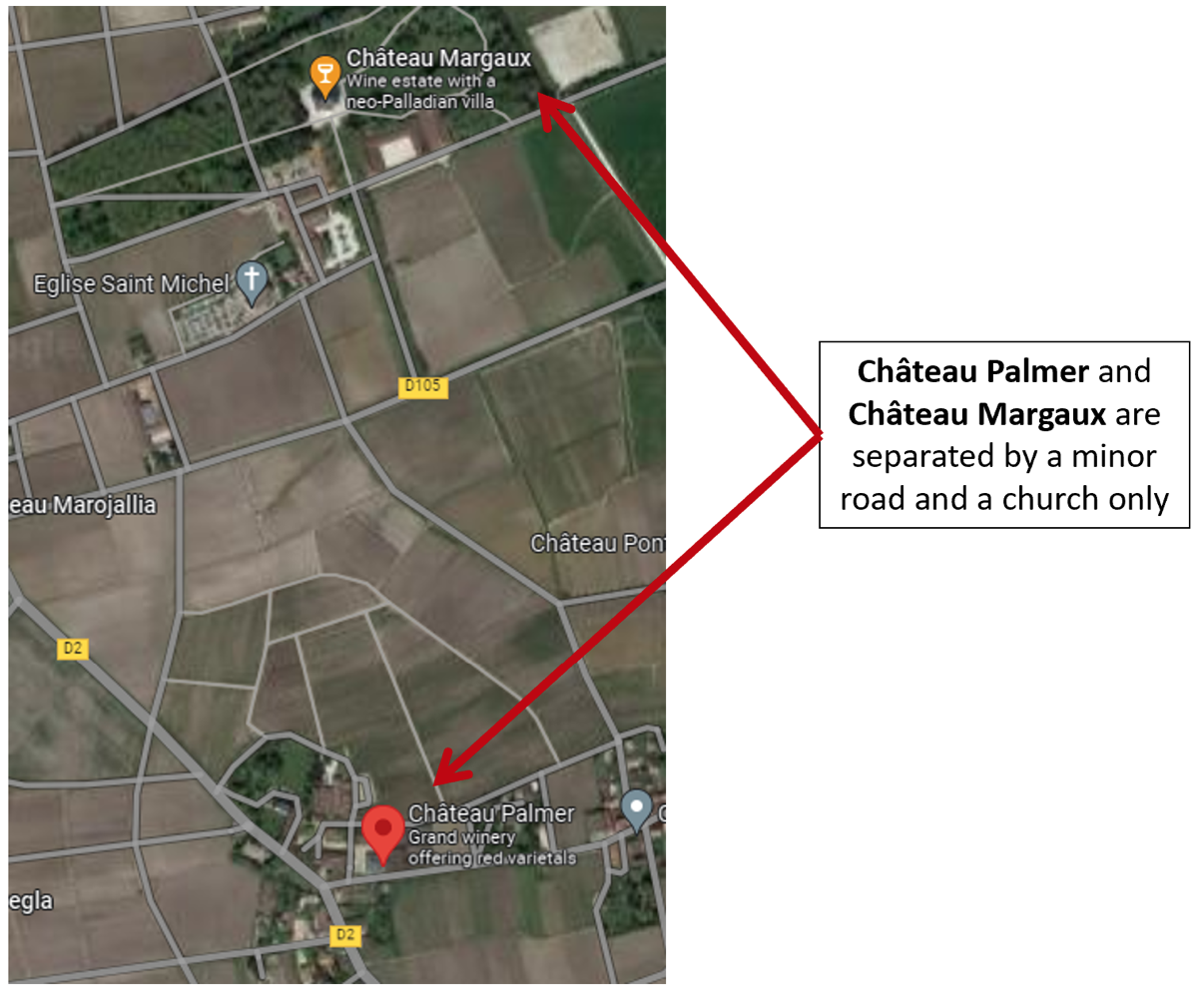 We feel confident that Palmer’s position in the market as the ‘alternative to Margaux’ is very well established.  And given the current price differential (especially in the 2015), further upside looks very possible.

Consumption Curve about to Steepen

Château Palmer 2015’s drinking window has just opened, according to James Suckling.  Other critics advise waiting a little while longer (Wine Advocate suggests from 2025), but as this vintage passes its eighth birthday next year there is no doubt that consumption rates will ramp up.

This is good news for holders as drinking connoisseurs increasingly descend on the market looking for offers in physical cases. 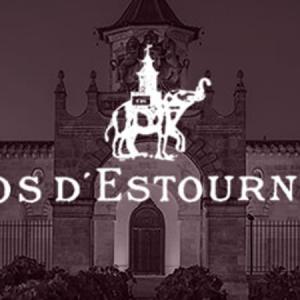 Find out why we have identified Cos d'Estournel 2017 as a standout investment from this often overlooked vintage. 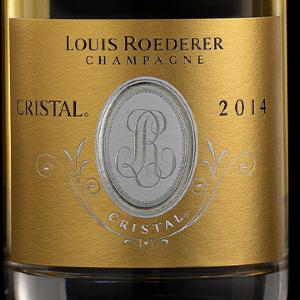 Find out why China's re-opening and the vintage roll over from 2014 to 2015 makes Cristal 2014 one of our top long-term recommendations. Time is running out to buy at a primary market discount. 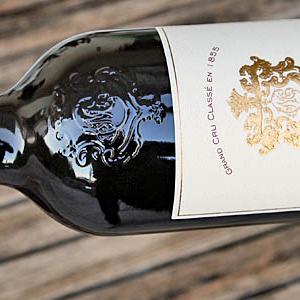 Find out why Montrose 2019 is one of our top picks of value Bordeaux from the excellent 2019 vintage. 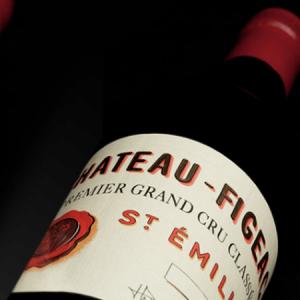 Château Figeac has clearly been on an upward trajectory with their scores and release pricing. Figeac still trades at a whopping discount to its illustrious neighbours and we think long-term accumulation of the best back vintages is currently one of the smartest plays in Bordeaux portfolio management.