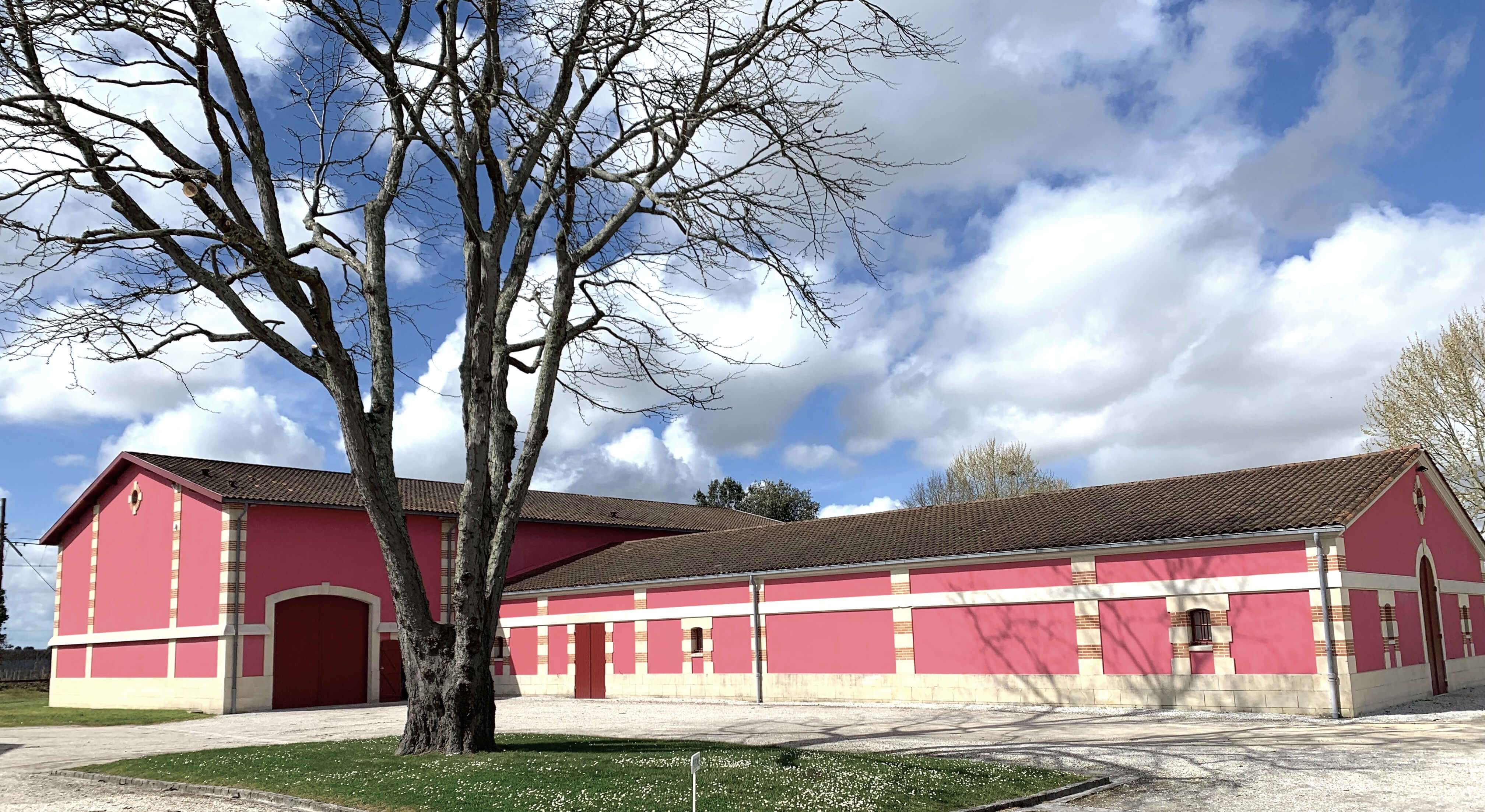 Despite being arguably the most saturated wine region on Earth, the scene in Bordeaux is constantly in motion. Chateaux reinvent themselves, change names, change ownership and change market position all the time. In recent years we’ve celebrated the emergence of Chateau Canon onto the top tier with their 2015 vintage. Last year one of the big stories was the improving fortunes of Carmes Haut Brion under new ownership. While all of these storylines have continued to develop in exciting ways in 2018, for our money the big story is the renaissance of one of our long-time favourites, Chateau Haut-Batailley.

Driving across the flat expanse of Pauillac a number of Chateaux catch the eye with their familiar profiles: the duelling turrets of the Pichons, the unmistakable rotund tower of Latour or the dramatic baroque style of Palmer, a new addition to the ‘can’t-miss-it’ cadre is surely Haut-Batailley with it’s striking new pink paint job.

Formerly owned by the Borie family, who count Ducru-Beaucaillou and Grand-Puy-Lacoste among their holdings, it Haut Batailley has recently acquired by the Cazes family. In so doing it joins a solid stable and good hands responsible for Lynch Bages and Ormes de Pez (itself a rising star). New ownership comes with a new look not just for the building but for the bottle itself. A new label featuring a gold rendering of the instantly recogniseable 19th century Tour d’Aspic tower in the midst of the vines is a tasteful update from the slightly dated previous look.

“From the bottle, to the cellar to the juice in the bottle, everything points to a renewed sense of purpose and vigour at this classic Pauillac estate.”

As François-Xavier Borie stated upon sale of the estate, he was “delighted that Château Haut-Batailley has been accepted into the fold of the Cazes family, who are committed to continuing the work undertaken at the estate”. For indications of the direction the Cazes family are taking their new acquisition,Jean-Charles Cazes confirms that he shares a vision with Borie for this great estate. The intention is to “respect the estate’s identity and the integrity of its vineyard,” and in order to do so Haut Batailley “will be managed independently and have its own dedicated team of technical experts.”

The first vintage under new ownership was the 2017 and prices were instantly seen to rise, but with them we did notice a new sense of style in the wine. It was fresher, lither and livelier. There was excellent purity of fruit and focus last year and in tasting the 2018 this year, even side-by-side with Lynch Bages, we can say assuredly that the quality has never been better and simply put, the wine is worth more.

From the label, to the cellar to the juice in the bottle, everything points to a renewed sense of purpose and vigour at this classic Pauillac estate, seemingly poised to rally far beyond expectations of its Fifth Growth status. It’s worth remembering this is the same classification as Pontet Canet, Clerc Milon and d’Armailhac, so lofty aspirations with ambitious owners can indeed lead a chateau to a new destiny.