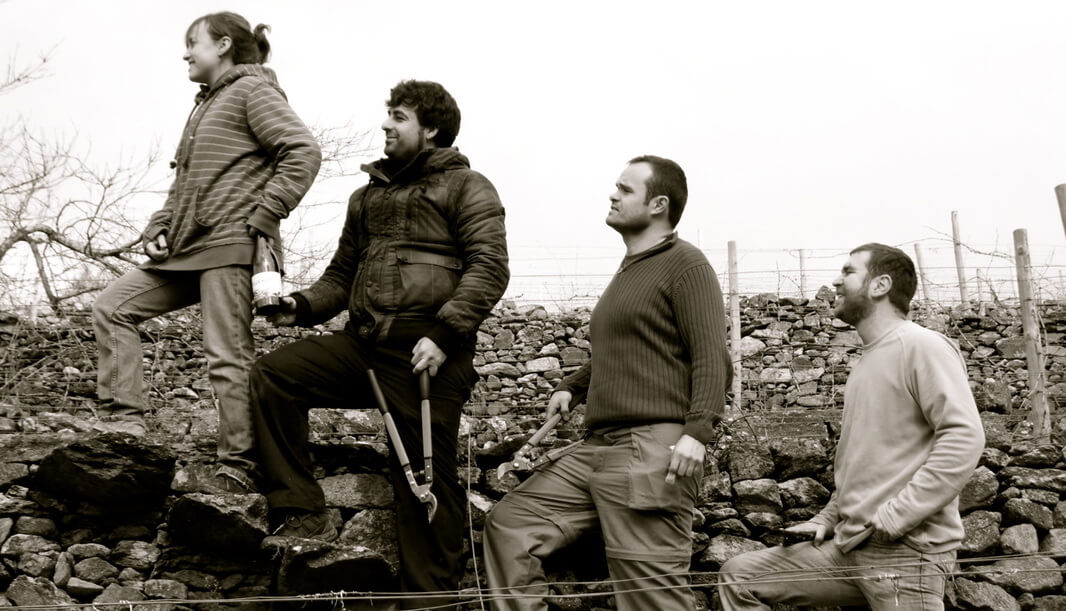 The second instalment (for Part 1 look here.) in our winemakers to watch series focusses on winemakers who are forcing us to re-evaluate what we know about some of the most ancient terroirs in the Old World heartland. Rising stars in Spain, Sicily and Burgundy are adding something new to the most beloved regions in the world.

Marco de Grazie is one of the most respected winemakers in Sicily, best known for his flagship project Tenuta delle Terre Nere, which is arguably the finest on the island. However his newest project, Le Vigne di Eli, named for his daughter, Elena, is the one most recently making headlines. A tiny 5 hectare plot of land on the slopes of Mount Etna, he was recently awarded a Top 10 spot in the latest Wine Spectator’s Top 100. A line of wines with joyously designed labels and surprisingly low price tags make them really great value, but, as the Wine Advocate says, Marco’s “many years of Etna experience shine through in these wines. They share all of the excellent characteristics…” with Tenuta delle Terre Nere.

It’s not every day that a new domain jumps onto the scene in Burgundy and while Domaine Guyon itself dates back to 1938, there is a palpable sense of momentum with their wines. Brothers Jean-Pierre and Michel Guyon have been undertaking a remarkable programme of improvements at the domaine as well as implementing some new techniques that ensure their wines are at the cutting edge of Burgundy’s new wave movement. Their wines are made using 100% whole cluster fermentation, giving them bright, fresh structure and relatively low alcohol, while they tend all of their vineyards with immense care, be they the prestigious Echezeaux, or relatively humble Chorey-les-Beaune.

“It’s not every day that a new domain jumps onto the scene in Burgundy...”

In recent years we have seen interest in Spanish wine, though still concentrated largely on Rioja and Ribera del Duero, shift increasingly toward more intrinsically “Spanish” regions; those not dominated by international influences nor geared primarily toward export markets. One of the prime beneficiaries of this shift is Bierzo where a cadre of local producers have assumed rock star status. First among them is Raul Perez. With a beard reminiscent of Grizzly Adams meets Tormund from Game of Thrones, he certainly makes a memorable impression and as he has been hands-on in making wine since he was a teenager, so do his wines. Volumes are tiny and his quantities are increasingly under strain from rising demand around the globe; they are classic Bierzo, crunchy, fresh and mineral with delicate berry fruit and easily among our favourites in Spain these days.

The final producer we wanted to talk about is less a single winemaker to watch and really four. The minds behind Envinate (Spanish for “wine yourself”) met while studying oenology at the Universidad Miguel Hernandez in Alicante. Formed in 2005 by winemakers Roberto Santana, Alfonso Torrente, Laura Ramos, and José Martínez, the aim of Envinate is to make wine that reflects the Atlantic-infused terroirs of Ribeira Sacra, the Canary Islands, Extremadura and Almansa. The latter of those is the origin of one of the staff favourites at Cru, the Albahra Garnacha Tintorera. It shows an almost Rayas like interpretation of the grape that proves finesse and terroir-reflective wine need not be stunningly expensive.

These winemakers are just a few that we are excited about. They prove that fine wine is constantly evolving and there are always new things to get excited about.